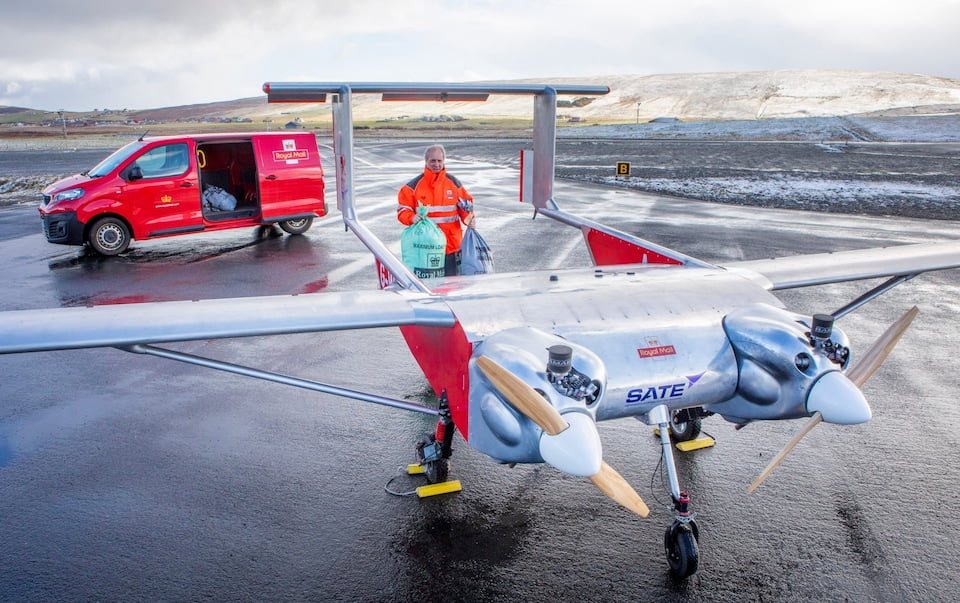 Many people may know that Royal Mail does not just provide regular mail services; but also provides Parcel Services which can be delivered via the UK Post Office’s automated sorting systems, Royal Mail Online Shop and depots worldwide. But did you know they are now branching out into Drone Deliveries?

We’re partnering with @Windracers to scale up our use of drone technology and create more than 50 postal drone routes over the next three years, subject to Civil Aviation Authority approval.

This Summer they will roll out 50 new Drone Routes which means they would have a total of 100 available if all goes according to plan. They plan to expand their fleet to 500 by 2020 as well!

This could spell bad news for some British Postal Workers, but maybe not so much because experts predict there will still be jobs available in other fields due to these advancements. It seems like these changes are just an investment in the future with hopes of being one step ahead when it comes to providing services which are often used today.

Mr Thompson is already in talks with Network Rail to increase transportation of letters and parcels via trains as an alternative to trucks. In the meantime, Royal Mail conducted drone tests in several locations including on the Isle of Mull, Isles of Scilly, Kirkwall and North Ronaldsay in Orkney Islands.

He said: “On time delivery regardless of our customers location or the weather, whilst protecting our environment is our goal. Even though we go everywhere, Royal Mail already has the lowest CO2 emissions per parcel delivered, this initiative will help reduce our emissions even further.”

Shetland test was completed between Tingwall Airport and Unst – which is Britain’s most northern inhabited island – which took a total time of 50 miles one way. These drones are fitted with motors that enable them to fly even under difficult weather conditions; they are also able to carry up to 100kg at once during deliveries.

The entire project was funded by taxpayers who donated through UKRI; this organization provided a grant for SATE worth about 3 million pounds (£3 million).